The Admiration Is Mutual Among New Rabbi, Congregants at Long Beach Synagogue 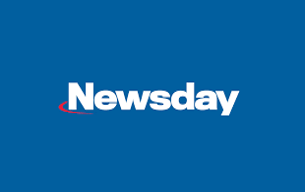 Rabbi Benny Berlin arrived in Long Beach at a time when religious services were not allowed due to COVID-19 restrictions.

Unable to gather traditionally at a synagogue for weekly prayer on Shabbat services, Berlin, 30, and his wife, Sara, turned to Zoom video conferences with worshippers, virtual challah bread baking demonstrations and food deliveries to homes.

The BACH Jewish Center recruited Berlin to help grow its younger congregation in Long Beach after years of struggling to attract new families.

“There’s nothing like being a rabbi in a pandemic,” Berlin said. “This has been difficult coming in and it’s been challenging to be physically distanced, but forced us to work out of the box. We braid challah online together and think of how innovative we have to be. Even though we are physically distanced, we are socially together.”

The center transitioned through different rabbis for the past several years before Berlin was recruited from Queens College, where he and his wife led the Orthodox Union’s Jewish learning initiative on campus.

Berlin said he brought a group of students to Long Beach to study at the BACH and fell in love with the city.

After meeting with BACH officials, he said the congregation asked him to sign on to join the center in January. He moved to Long Beach June 1.

“I love the feeling of Long Beach, the clean air and the warmth of people here and the out-of-town feel,” Berlin said. “I knew I could be a part of something special. Every family here could create and build something and have a meaningful impact.”Get the Breaking News newsletter!

Berlin said he has already drawn six new families from Manhattan, the Five Towns and California to move to Long Beach to join the congregation as word has spread of the new services among friends and on social media.

Berlin said doctors have advised congregants to only go to the synagogue to pray, and to avoid mingling. He said he has continued to hold small gatherings outside to teach and engage with the nearly 60 families who occasionally attend the center.

Berlin said new families arriving in Long Beach have been attracted to the BACH Jewish Center to build the synagogue for new generations and spread the message to younger congregants.

“Long Beach is ripe for this,” Berlin said. “There is something moving in Long Beach, and this community is on the rise for this type of message to grow.”

Hillel Broder, 36, of Long Beach, and his six children have been members of the BACH for three years. He said that the Long Beach Jewish community has a long history among older generations but that the mission has shifted to teaching children and integrating services for younger members.

“I think the community was searching for leadership,” Broder said. “People aren’t coming to synagogue as much as they used to, and Rabbi Berlin is building enthusiasm from a distance. There was always a sense of needing the right spiritual leader to take the synagogue into the 21st century.”

Avi Solomon, 23, said he plans to move to Long Beach from Inwood to join Berlin’s congregation.

“I think Long Beach presents an amazing opportunity with the diversity and eclectic group of people of different stripes and types,” he said. “We appreciate the diversity that not everyone has the same beliefs.”

The congregation of the BACH Jewish Center in Long Beach asked Rabbi Benny Berlin to join them in January. Before that he was: